Payback is Sweet by Kristy Centeno 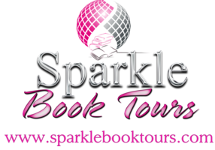 Join our mailing list for great book news and your chance to win one of four Amazon GC -http://eepurl.com/ZnJir

Janessa Rowe is a twenty one year old college girl with little respect for other people. She’s a rich, spoiled brat of a girl who gets her kicks out of humiliating others. When she discovers that her boyfriend of three years has in fact engaged in a physical relationship with someone else, Janessa will stop at nothing to get a little payback. Even if that means using her new rival’s disgruntled fiancée to get what she wants.
Dakota Blackwater is everything Janessa is not. He’s kind, sweet, gentle, and a stand-up guy all in all, but when his girlfriend’s betrayal hurts more than his pride, he agrees to take part in a plan that will test both their self-restraints and their feelings for one another.
Problems arise, however, when Janessa’s interest for Dakota shifts from being a pawn to achieve her ultimate goal, to potential lover. After having her heart broken in the past, the last thing she wants is to get involved in matters of the heart, but how can she follow through with her plan when the more time she spends with Dakota, the less she cares about getting payback? Sooner rather than later they are forced to confront the reality that their game has slowly transformed into something else and that what seemed like a scheme to exact revenge, now comprises both their hearts in ways neither of them anticipated.

“Trust that no matter what happens, I won’t hate or resent you.” I gave him the green light, but I really shouldn’t have because I needed to sort out my feelings first. Because, even when I tried hard to deny it, there was something about Dakota that I couldn’t just walk away from. There was something about him that I found irresistible. I had no idea what that was or why I insisted on putting myself in a position I might come to regret later, but nothing was lost without a gamble. The deck of cards was in my hands, I just needed to figure out when to make the first move.
“Janessa, this could really turn out to be something neither of us is expecting or is ready for,” he said cautiously. “There’s only so much of me I can give.”
“Yes, and that doesn’t mean it’ll be bad.” Staring directly into his eyes, I added, “Besides, nothing needs to happen. If it does, I’m sure we’re both adult enough to handle it.”
It was not like I was asking for commitment or anything. And nothing was written down so I could either end up with a really good friend, or a good memory of a once lover—hopefully anyway.
“We’ll just have to see,” he finally replied.
“Good. Now take off your shirt and lie down. 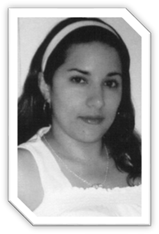 Kristy Centeno is an author of paranormal romance, young adult, new adult, horror, and contemporary romance.
She has always had a passion for books and after years of being an avid reader, she decided to transform her desire to write into a reality and thus, her first novel was born. In her journey to create memorable reads, she has delved into several genres, creating fictional characters meant to entice readers and captivate the mind.
She is currently working on finishing off the Keeper Witches series among other projects, which include sequels to her published work. When she’s not busy taking care of her five children or holding down the fort, she finds time to sit and do what she loves the most: writing.