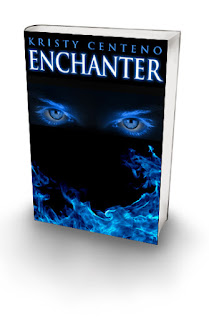 Enchanter is now available free via Amazon for a limited time only.
Please visit the link below to grab a copy now:
http://www.amazon.com/Enchanter-ebook/dp/B00B4IHZBY/ref=pd_rhf_ee_p_img_1_Q072

Posted by KrissyGirl at 12:59 PM No comments:

A quick look into this Young Adult/Paranormal Horror novel by Kristy Centeno.


Amazon | Barnes and Noble | Createspace
A thrilling account of treachery, betrayal, and vengeance. 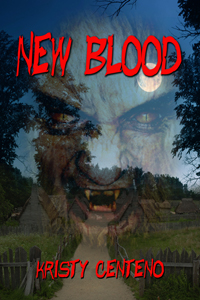 As a child, she used to lose herself in an imaginary world by the means of a good book. Now that she’s all grown up, Kristy gets to create her own fictional realms and make them come to life in ways that most readers might not expect.
She’s always had a passion for writing but never had the opportunity do so until now. After trying out numerous options, she realized that writing was what she loved the most so when she found herself with some free time on her hands, she decided to pursue her passion. As it turned out, her very active imagination helped her achieve her goals of creating believable plots with some ordinary, and some not so ordinary characters that helped the stories move along in one way or another.
As she keeps moving along in achieving her dreams of becoming a published author, she divides her time in between her four children and her very understanding husband.
Author Links:
http://www.kristycenteno.com
http://booksbycenteno.com
http://www.facebook.com/KristyCenteno
http://www.twitter.com/KrissyGirl122
http://www.goodreads.com/KristyCenteno
Posted by KrissyGirl at 8:51 AM No comments: