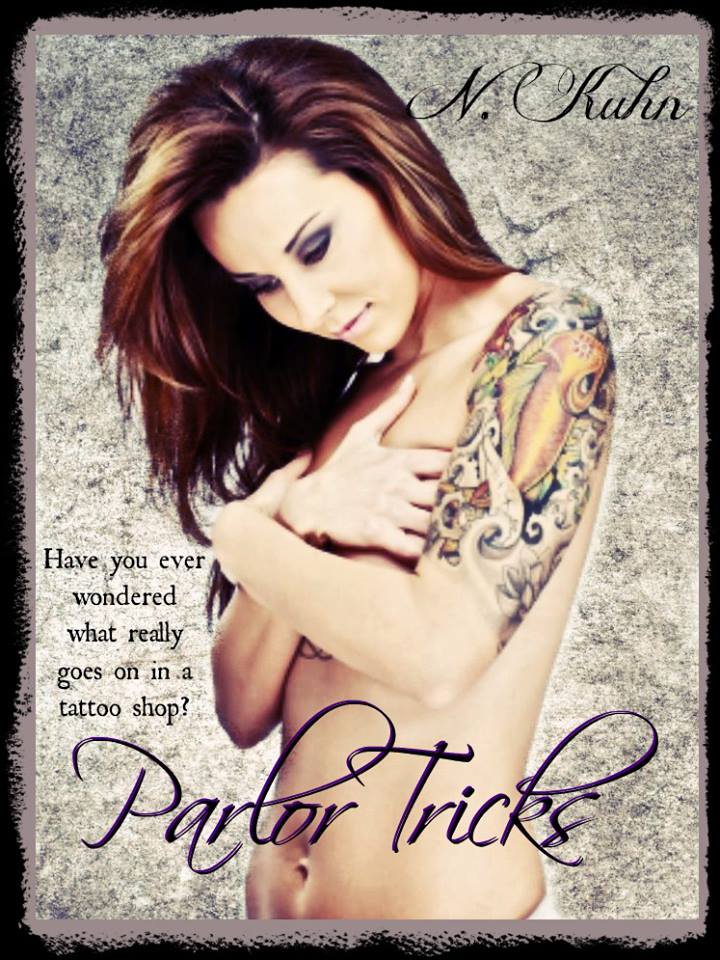 $0.99 cents on Amazon.
Buy Link:
http://www.amazon.com/Parlor-Tricks-ebook/dp/B00DL3DCDK/ref=sr_1_1?ie=UTF8&qid=1372210356&sr=8-1&keywords=B00DL3DCDK
Book Blurb:
Have you ever wondered what really goes on in the tattoo shop? Lots of hot guys, testosterone, ink and lust. Here's a compilation of short stories that divulge the innermost fantasy of what happens after the ink.

N Kuhn stands for Nicole Kuhn. She raised in a small town, in the middle of nowhere. Small town life is something she cherishes. Having spent her afternoons outside or with a book, she grew up with a love of reading and writing. Her mother and grandmother fully encouraged this in her. Many years later, after a husband and children, she made a promise to her dying grandmother to fulfill her dream of being an author. Her grandmother lived to see Nicole's name in print. This was a turning moment for her. Driven by ambition and a promise made, she has since published her first trilogy (The Mohawk Series). N Kuhn has also signed on with WheelMan Press for the much anticipated Tucked In (The Hollywood Files) series as well as Nevermore Press for Travis, the first in her Buffalo Rocker Series.


Nicole has several other books that will be out later this year. When she's not writing, she works full time, runs her blog, and promotes for other authors. She spends as much time with her family as possible. Nicole is known to exist purely on Coffee and Rockstar energy drinks!

Posted by KrissyGirl at 6:34 PM