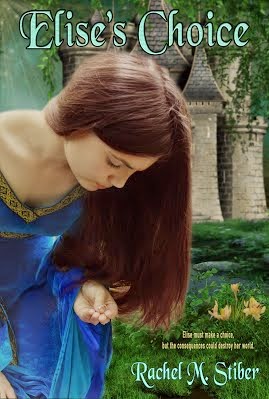 
Elise and her best friend Anton grew up in the medieval village of Petheralm, where life, though hard, is good. When a stranger arrives in her village injured and unconscious, his handsome face and sweet demeanor take in Elise.


However, according to ancient legend, the forest surrounding their small town is enchanted, and any stranger unworthy to enter the village would be stopped there. The village is leery of this stranger and wants nothing more than for him to leave.


Elise pays no mind to the silly legend, and is shocked to discover that he’s no ordinary peasant as everyone first thought. Before the stranger is strong enough to leave Petheralm, she is forced to make a startling choice between following her dreams and following her heart. Although Elise feels strongly that she made the correct choice, the day soon comes when she and everyone she loves must deal with the repercussions of her choice.
Excerpt:


Sunlight slipped through the cracks in the shutters, warming the young maiden’s face. Her eyelids fluttered and slowly opened. Yawning, she stretched her sluggish limbs. First, her arms arched over her head. Then, with toes pointed, she flexed her legs. She flipped on her side, facing the window. Lazy dust motes danced in the morning’s sunbeams. Morning sunbeams? That meant dawn had passed. Why had Grandmama not awakened her by now?


With a delighted squeal, the young maiden arose, leaving the linen sheet in a crumpled heap. Her birthday. Today she turned ten years old. She exchanged her nightdress for her favorite linen one, leaving the former draped across the bed. In honor of her birthday, Grandmama would serve a honeyed barley cake and blackberries for breakfast instead of the usual porridge. Grandpapa had hinted that today would be special. Perhaps there would be a present.


The maiden scurried down the ladder that led from her loft chamber to the main room. In her haste, she missed the bottom rung but regained her balance before she stumbled to her knees.


“Careful, child,” Grandmama said with a smile. “You don’t want to celebrate your special day with a twisted ankle.”


Grandpapa sat at the trestle table, a half-empty bowl of porridge in front of him. He tousled her hair as she settled at the table beside him.


She shrugged her shoulders. “Sven has yet to catch me.” Sven, one of her dearest friends, turned ten a couple months ago. Although he could outdo her in many things, running was not one of them.


Grandmama placed a tin plate before her. The barley cake filled the entire plate, its golden face glistening with honey and freckled with plump blackberries. “Well, you have Sven to thank for the blackberries. He brought them by bright and early this morning. Only a cupful, though. The bushes are lazy this year.”


Grandmama then joined Grandpapa and her at the table. She ate the barley cake slowly, savoring each bite, while her grandparents exchanged small talk. Their conversation ceased when she popped the last juicy berry in her mouth.


“Well,” Grandpapa began, “I suppose you’re ready for your presents.”


Presents? She had only dared to hope for one.


He reached beneath the table and removed a small burlap sack. She chewed her lower lip. How she longed for a bow and a quiver of arrows. Sven allowed her the use of his during their practices at the edge of the forest. She missed more targets than she hit, and several of the massive oaks bore telltale scars from their sessions. If only she had a bow of her own, she could practice more often and learn to hit all of her targets. But Grandpapa’s sack was too small for a bow.


“For you,” he said, sliding the sack closer to her.


She loosened the thin leather strings and reached inside. Her fingers gripped something wooden. She pulled. The sack slipped away, leaving a sheathed dagger balanced in her hand. She traced the symbols etched in the wooden hilt. Santobeian symbols from the looks of them, but she had no clue what they meant.


Grandpapa cleared his throat. “It belonged to your father. I know you wanted a bow, so you could practice with Sven, b-but maybe you could learn to wield this dagger instead.”


Tears blurred her eyes. Her father’s dagger. She had been given her mother’s ivory combs, but she possessed nothing that had belonged to her father. Until now. She caressed the leather sheath with trembling fingers. This meant more to her than any bow.


“Th-thank you, Grandpapa,” she said, flinging her arms around his neck.


Now it was Grandmama who cleared her throat. “Here’s something else for you, child.” She slid a large rectangular parcel across the table.


Dashing tears from her lashes, the maiden ripped the parchment. A leather-bound book nestled the torn paper. Her eyes flicked from the book to Grandmama’s face.


The maiden’s brow furrowed. “But all books are kept at the meetinghouse.”


Grandmama wiped her face with her apron. “This one is yours.”


“You’re free from your chores today, child,” Grandmama said, sniffling. “Why don’t you take your book and discover its secrets?”


She needed no further encouragement. Embracing Grandmama first and then Grandpapa, she carefully gathered her book and dagger and headed toward the cottage door. She knew exactly where she wanted to go.


Squinting in the brilliant sunlight, she traveled the short distance to the village square. Only a few villagers stirred on this humid summer morning. The friar scurried toward the meetinghouse, a cumbersome scroll tucked under his arm, and a maiden drew water from the village well. Both smiled and waved as she passed.


By the time she reached the fenced burial grounds beside the meetinghouse, beads of sweat trickled her back and dotted her upper lip. In her haste, she had neglected to braid her hair. If only she had thought to grab a kerchief to hold her hair away from her face.


She headed toward a grove directly beyond the cemetery, seeking shade and privacy from its towering oaks. Settling on an ancient wooden bench beneath one of the largest trees, she placed the dagger beside her and balanced the book on her knees. She caressed the oiled leather. Her very own book. Taking a deep, shaky breath, she opened the cover.


The page was crisp, the parchment seemingly untouched since the book’s binding. Words scribed in delicate handwriting covered the page. She closed her eyes long enough to draw another trembling breath and then began to read.


Choices. Life is full of them. Some are easy, like choosing a woven basket from a peddler or selecting an apple from a tree. Others are more difficult. Should I make the trip today, tomorrow, or never? Should I trust this person to keep his word? Other choices . . . well, those have the power to change lives. And they are the most difficult of all.


This is a story of choices. Easy choices, difficult choices, choices that changed lives. And I made each and every one.


Who am I? I am Elise, the only child of barley farmers Baerd and Velah. A child born in their elder years, one who had been longed for and finally conceived. This is my story, my choice. For that is what life is. A choice.


Dashing tears from her lashes, the young maiden turned the page. 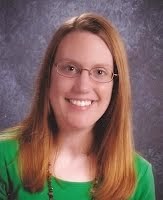 
Rachel Stiber lives in a small town in rural Missouri with her husband, three rambunctious cats, and a lovable dog. She has the privilege of teaching English Language Arts to seventh grade students at the local junior high. 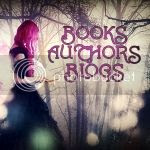 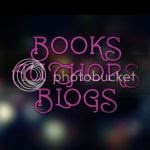