The Wedding Promise
Book 8 of the Search For Love series 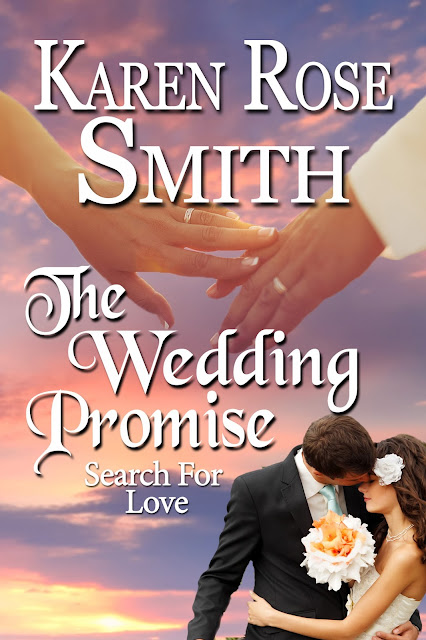 Beth Crandall has known trauma. Kidnapped from her birth family when she was three, abandoned at a mall by her kidnapper a few months later, traumatic amnesia has prevented memories from plaguing her as she was adopted and ushered into a "normal" life. But a twist of fate reunited her with her birth family recently and now she's attempting to move forward in a way she couldn't before.

As a teenager, Beth's face was scarred in an attack at a group home where her best friend lived. Now Beth is seeing a plastic surgeon, Dr. Sam Benedict, so he can removed the scar. Sam volunteers his time to the foundation Kids Cause which sends doctors all over the world to help children. Sam, who came from an abusive home, feels children need to be listened to and fixed. He and Beth connect on a deep level from the first moment they meet.

Beth has believed a romantic relationship is impossible for her given her background. But during integration into her birth family and throughout a search for her teenage best friend, Sam remains by her side. He helps to heal more than the scar on her face. Neither of them realize that Beth's search for her friend with the help of psychic Gillian Bradley (continuing character from other SEARCH FOR LOVE books) will land them in a fight for their lives.

Beth Crandall knew what she was doing even if everyone else in her life didn't believe she did.

Seated in the plastic surgeon's exam room on a mid-January morning waiting for a consultation, she felt a little bit anxious. But in her thirty years she'd known a heck of a lot more fear and anxiety than this.

In the past two months, she'd seen more than a few changes in her life since she'd been reunited with her biological family. Being reunited with her sister and parents had been daunting. Moving to York, Pennsylvania, to get to really know them had been a huge adjustment for everyone. Especially for her adoptive parents.

The door suddenly swished open and a tall, broad-shouldered, lab-coated physician strode in. Reading his name tag, she saw that this was the specialist she'd come to see, Dr. Samuel Benedict.

Her gaze went to his face and she was taken aback for a moment by his piercing blue eyes. She looked away, but not before she'd gotten a glimpse of thick black hair, a little longer than most physicians wore it, and a face that was craggily handsome.

He held out his hand and she studied it a moment before she took it. She didn't give her allegiance, trust, or friendship easily...for very good reasons.

This time she didn't look away. "Yes."

His dark brows furrowed. "I'm a little confused. I have two names listed here. Present day charts from your family physician in Pittsburgh, but then a folder with old records under the name Lynn Thaddeus."

How was she going to explain this in two easy sentences? 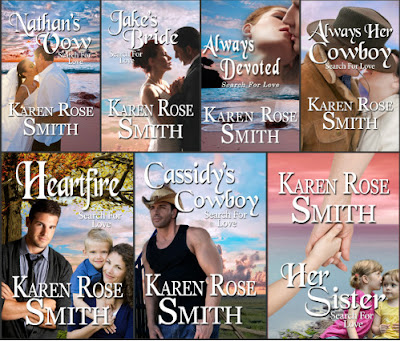 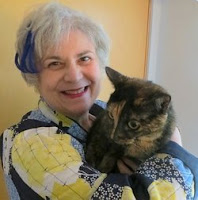 Award-winning author Karen Rose Smith was born in Pennsylvania. Although she was an only child, she remembers the bonds of an extended family. Since her father came from a family of ten and her mother, a family of seven, there were always aunts, uncles and cousins visiting on weekends. Family is a strong theme in her books and she suspects her childhood memories are the reason.

In college, Karen began writing poetry and also met her husband to be. They both began married life as teachers, but when their son was born, Karen decided to try her hand at a home-decorating business. She returned to teaching for a while but changes in her life led her to writing romance fiction. Now she writes romances and mysteries full time.

Presently, she is hard at work on two mystery series—her Caprice De Luca Home Staging series as well as her Daisy's Tea Garden mysteries. When she isn't writing, she cares for her four rescued cats and assorted strays, cooks, gardens and photographs all. She enjoys interacting with her readers on social media.

Married to her college sweetheart since 1971, believing in the power of love and commitment, she envisions herself writing relationship novels, both romance and mystery, for a long time to come!