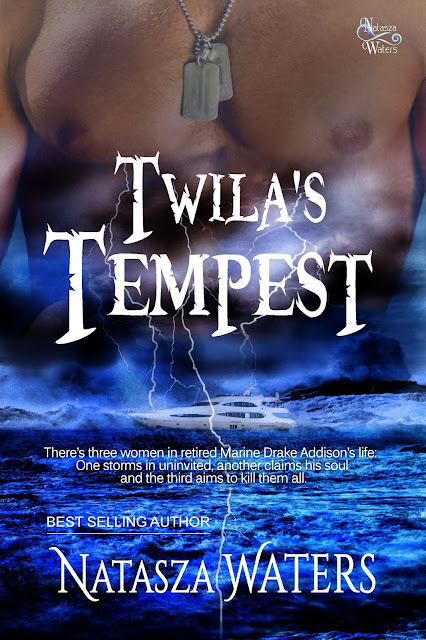 Drake Addison, retired Marine, understands the dangers of the sea, but there’s a storm coming, and she’s all of five foot three.

A dark horse among the Treasure Coast’s elite, Drake’s passion and wealth tempt him. His first love is building yachts. Meeting Twila, he sees she has a passion as well—caring for the elderly, including his parents, but she’s trapped.

Like unearthing a gold doubloon, with one kiss from Twila, he craves a thousand. He makes an excuse to remain in Port St. Lucie and teach Twila about the sea. His mistake: misjudging the heart of one woman, the soul of another, and the ferocity of the one headed their way.

Sometimes, a little knowledge is dangerous, but for Twila—it’s deadly. 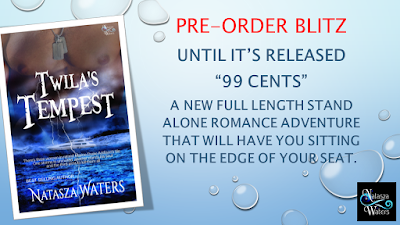 “Drake!” Twila’s sharp call whipped his head around. “Oh, God, do you see it?” Twila’s hand covered her mouth, her eyes round with fear.

“Quick.” He snagged the belts and lashed Twila in the captain’s chair, and then threw one around his own hips, snapping the clips on the console and cinching the belt tight. He gripped the wheel with all his strength. Feet apart, bracing his legs.

“What the hell is that?” she yelled.

Her scream rang in his ears as he steered straight into it. He’d read about ‘em, even seen them, but never one like this. “Shiiiiit,” he roared as the Rebecca rode up the enormous wall of water. So enormous, she could break the Rebecca in half and send them to the bottom. He closed his eyes and prayed to God Almighty. 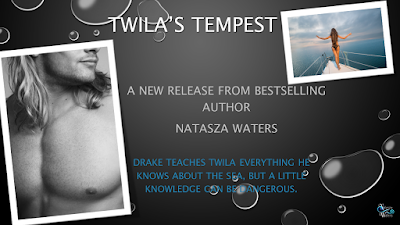 After majoring in English in her early years, Natasza altered course. A lifelong working relationship with the marine industry began when she became an officer with the Coast Guard.

Crafting stories with pieces snipped from real life and the sea—particularly the West Coast, find its way into plots puddled in action and suspense with unsung heroes and heroines aplenty. Her bestselling series, A Warrior’s Challenge beginning with Code Name: Ghost has won two R.O.N.E. awards and honors the service members who keep our countries safe, and the strength it takes to love a warrior.

A twenty-four hour day finds Natasza drafting her next novel, networking, and thinking about doing her laundry, but instead, she just buys a new pair of socks. Sleep you say? Not so much!

Natasza sends out quarterly newsletter and every new newsletter subscriber is enter into a $25 Amazon Giftcard giveaway. 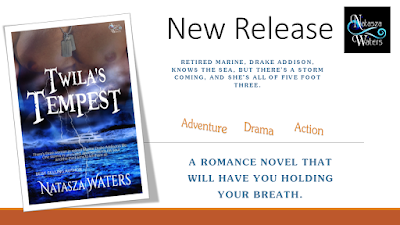