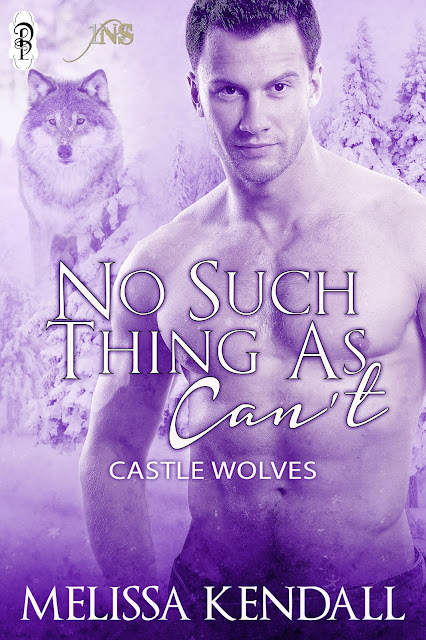 After a string of failed relationships, thirty-five-year-old Madeline Majors worries her life will never be complete. Her obsession with having a child and her inability to conceive even though a multitude of doctors have said there is nothing medically wrong with her drives her to Madame Evangeline as her last resort.

Garth Summers is a shape shifter with a problem. As Alpha of his pack, he must have an heir by the time he is fifty years of age or a new alpha is chosen from the eligible males in the pack. But as a wolf shifter, he can only conceive with his mate who he has yet to find. With only six weeks remaining, he turns to Madame Eve for help.

Can a one-night stand bring two people the one thing they most desperately want, or will the reality of what they are send them both running?

“I think you’ll care about this,” Garth replied, certain of it. Her whole world was about to be turned on its head. He opened his mouth, but a knock at the door stopped him. “Shit, dessert. Hang on a sec. I’ll be right back.”

He put his pants back on and winced as he tried to get his fly done up. Even with everything else going on, he remained rock hard. He strode to the door and pulled it open without even looking. The man filling the doorway had him wishing he’d taken the extra few seconds to check.

“What the fuck are you doing here, William?” Garth asked, his voice close to a growl.

Before he could stop him, William crossed the threshold into the suite. “Now, now, cousin. Is that any way to talk to family?”

Garth moved to put himself between Madeline and William. His cousin’s glee meant something bad was about to happen. “I’ll ask you one more time. What are you doing here?”

“Well, word of your little tryst reached me, and I thought I’d better come and see how things were going.” William finished with a wink, and Garth’s wolf pushed for control, wanting to knock the irritating smirk off his face.

“None of your fucking business. Now, get out, before I have you removed.”

“Not a chance, cuz. I have worked too hard for you to ruin my plans at this late stage.” William stepped forward until there were only inches between them. William didn’t scare him with his intimidation tactics. He could take his cousin in a fight, and William knew it. Also, if he moved back any farther, William would able to see Madeline, something not happening if Garth could avoid it.

He held his stoic expression and his ground, and, slowly, his cousin’s smile disappeared. Garth suspected William wanted him to ask about his plan, but he knew his cousin well enough to know his pride would have him spilling his guts sooner rather than later.

Neither of those things would happen if the footsteps he could hear behind him got any closer. “Madeline,” Garth called out, “please, do not come any closer.”

Before he could tell her to go and lock herself in the bathroom, his cousin opened his trap. “Oh no, my dear Madeline, please do come here. I want to meet my cousin’s lady friend.”

“What’s going on?” She sounded far too close. A quick glance over his shoulder revealed her standing a few steps behind him, wearing his shirt. Damn, that’s sexy.

He didn’t have time right now to do what he wanted to her. He had to figure out what the fuck William wanted and get him to leave before things turned furry.

Elizabeth Summers is sick of being the baby sister of Garth the pack alpha. Her brother, with the help of his best friends, has taken it upon himself to scare off every guy who has ever shown any interest in her. With a little nudge from her sister-in-law, she decides to seek Madame Eve’s help to give her one night of pure pleasure.

Ernest (Brute) Chalmers is Castle Wolves’ pack enforcer and best friend of Garth. Out of respect for his friend, he has kept his feelings for Garth’s sister a secret. But when he over hears Lizzie talking about signing up for a 1Night Stand, he decides if he doesn’t make his move, he might miss out on his chance at love. Can Brute prove he has what it takes to meet Lizzie’s needs? Or will she send him packing for good?

NOT WHAT HE THOUGHT

Mason Taylor is beta of the Castle Wolves pack. Most people would describe him as a skirt chasing manwhore but in reality it had been years since he found any kind of satisfaction with a woman. Like his Alpha was, he is lonely and wants desperately to meet his mate. After seeing his Alpha find love and happiness through Madame Eve he decides to give it a try. He gives Madame Eve just one instruction - find him his soul mate. The moment he walks into the room, he catches his dates scent and knows instantly they are his mate. When he sees the person though he is shocked there has to be some mistake.

Sebastian Cooke has always known he was gay but growing up in the wilds of Alaska, he has always found it hard to truly be himself. After his friend and fellow pilot, Kate, suggests he give 1NS a try he figures he has nothing left to lose. The last person he is expecting to show up in his hotel room is Mason Taylor.

Can two men get over the preconceived notion of who each other is to find the love they have been desperately looking for?

Melissa Kendall is a forty-year-old mother of two from Perth, Western Australia, the second-most isolated capital city in the world. Predominantly a stay-at-home mum, she works a few hours a week as a software support consultant. She has always loved to read and write, and spent most of her teens writing poetry and short stories. Over the years, daily life got in the way and she lost the passion for it, but after the birth of her first child, Melissa discovered e-books and her interest in writing rekindled. She is now the author of four published short stories. Matronly Duties is her first full-length novel.