The Black Lotus by Claire Warner 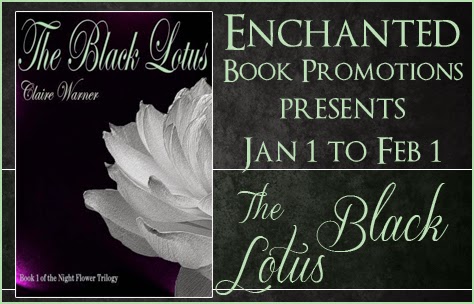 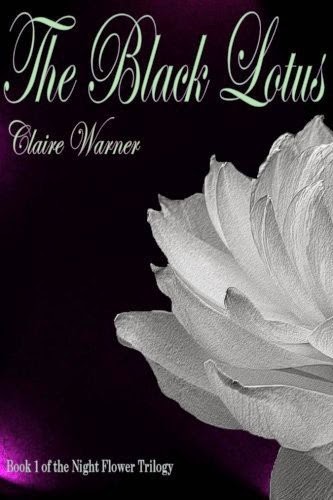 ....though I would dearly love to play court to you, I would hurt you more than any other.”

It is 1752. The year that will change the life of heiress Melissa De Vire. As she makes her first steps into society, she meets Justin Lestrade and his world tears her perceptions apart. Drawn irresistibly to him, she finds herself sinking into a realm of feuds, magic and old curses.


The floor was cold. This first impression floated through her mind as the deep dark of unconsciousness began to shift from her. The unyielding surface sent small stabs of pain through her limbs and confusion set in. Why was she slumped on a hard floor? Her head felt heavy and somehow hollow, even though the darkness that clouded her vision had slowly begun to recede. She managed to blink, the mundane task rendered difficult by the lassitude swamping her. As she struggled closer to full awareness, she became aware of something clasped in her hand, something smooth with petals. Despite her temporary lack of memory, its presence between her fingers sparked a wary, almost sick sensation of worry.


A voice, feminine and vaguely familiar, sounded close to her head. She tried to move, to turn her head to stare at the speaker, yet her body refused to cooperate, still caught in the spell of near insensibility.


“Yes, I can see that.” Another voice, male this time and disapproving, spoke from further away. “You need not sound so thrilled; I doubt she will welcome you when she opens her eyes.


“Oh, Hugh darling, how can you say that?” Petulant yet teasing notes flowed through the woman’s light lilting speech and she longed to see the face that it belonged to. Those tones invoked cautious recognition, a recognition which did not bring her any sense of peace.


“Because it is the truth,” The man moved position, coming closer to her prone figure. “Why on earth did you do it?” The voice dropped lower, becoming accusatory in tone and timbre. She wondered at this, struggling with tattered threads of memory that refused to make sense.


“I beg to differ,” He was standing over her now; she could feel the tips of his toes against her side. “Do you think that Justin will thank you?”


Justin, that name caught at her mind, dragging it free from the sludge her mind had become. She knew that name and the feelings it provoked were soft and wondrous. Once again the memories fluttered close to the surface yet she was still not awake enough to make sense of it all


“He should,” The voice argued, louder and less teasing than before, “This solves all,” She felt the woman move, the edge of a skirt brushed against her side and she wondered how long they were going to stand and argue over her. 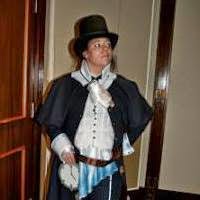 
By day I am a boring civil servant, but by night (and at weekends) I write stories. I love fiction, I love the way that words can draw you from your own everyday world.

I love to read. As a child I read all of the Enid Blyton books and devoured Roald Dahl. As a teenager, I discovered LJ Smith, Anne McCaffrey, Tamora Pierce, David Eddings and went through the phase of reading Point Horrors. As an adult, I found Kelley Armstrong, Raymond E Feist, Georgette Heyer, The Brontes, Mary Shelley, Bram Stoker, Sheridan La Fanu and Henry James. I cannot imagine live without books.