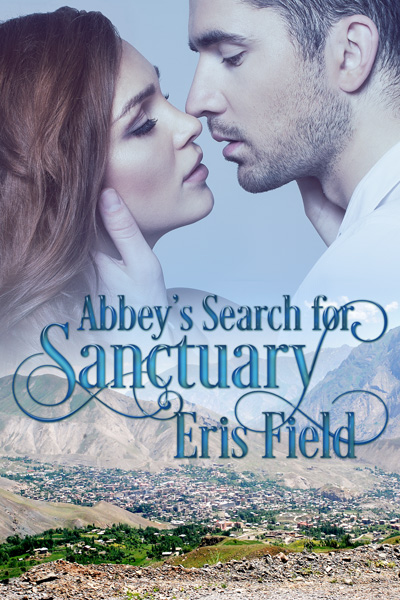 Abbey’s Search for Sanctuary, Stand-alone Book One of Destiny: Choice or Chance Trilogy. A riveting story of violence against women including baby girls and those who fight to protect them.

Turkish-American nurse Abbey shelters her younger sister after she divorces her Muslim husband when she learns his mother is going to perform a circumcision on their baby girl, Jenny.  When her sister is murdered by her ex-husband, Abbey knows she must find a way to keep Jenny safe.

Once a Peshmerga fighter and medic with the Kurdish forces in Iraq, Rami now works with refugees in Buffalo. Shunned by his grandfather and family for failing to demand retribution when his arranged marriage failed, Rami avoids emotional attachments. That is, until he meets Abbey.

Warning Abbey that honor killings are often family affairs and she and Jenny are in danger, Rami offers her a way out: a marriage of convenience and refuge in his homeland, Kurdistan.

Abbey is committed to doing anything to protect Jenny but can she face going back to the world of her childhood: a world of headscarves and submission, a world that scarred her mother and killed her sister, a world she escaped once?

“Relationship!” Abbey exploded. “There is no relationship between a Muslim man and a woman. He’s the owner and she’s his property. She’s not even a second class citizen in her own country.”

“It’s never been that way for Kurdish women. They have never covered their faces or worn those black shrouds. Some choose to wear headscarves and some don’t. They wear brightly colored clothing. They like colors, especially amethyst” He became more serious. “They have fought alongside their husbands for centuries. They believe it’s better to die in battle beside their husband than be raped as one of the spoils of war.” He spoke more calmly, “Women are pushing for changes. They want to get rid of polygamy, forced early marriages, and female genital mutilation.  . . . We’ve talked about what we don’t want. Now we must learn what each wants in life. Tell me what’s important to you.”

“A family. I’ve always dreamed of having a family.” She felt a blush creep over her cheeks but she forged on. “Not just two children. A real family, at least four children.”

She lifted her eyes to his. “Do the math! I am twenty-six. I would be very fortunate if I had four babies.”

“What else is important to you?”

“I want to stay me.” She hurried on at the sound of his glass hitting the table. “I remember when my mother and father lived here, in Buffalo. She was happy. They laughed together and did things together.” She shifted and sat back on her heels in front of him. “When my father took us back to Turkey, to Gaziantep, it all changed.”

“How did it change?” Rami asked somberly.

“There were so many things she couldn’t do.” Abbey choked up. “She had to have my father’s permission for everything! My mother couldn’t go out alone, not even to go shopping. She couldn’t drive the car. She had no money of her own and no friends. Slowly, the beautiful, happy mother I had known changed. When her father finally was able to bring her home, to his home in Orchard Park, she was just a shadow of herself, worn away by the rules. She brought Jeyda and me with her but she had to leave my little brother in Turkey . . . with his father.” Her voice broke as she reached for her wineglass. “The same thing happened to my sister. She met her husband when she was teaching at the University at Buffalo and he was a graduate student from Egypt. Before they were married, they did everything together. Then, when they were married, it changed.”

“Tell me. Did your sister help him get his ‘green card’ so he could stay in this country?”

“Yes. She was so much in love. She wanted to do everything to please him.”

Abbey wrapped her arms around herself. “I tried to warn her . . .Almost instantly after they were married, everything changed. Jeyda could not go out of the house without his permission. She had no money. He took away her credit cards and cell phone. He didn’t want me to visit her.” She reached involuntarily for his hand and felt him lace his fingers with hers. “He did not want her to talk to me on the phone. I begged her to leave him but she was pregnant and afraid." Abbey shuddered. “I didn’t think she would have ever left him but when she learned they were going to cut baby Jenny . . ."

As a seventeen year old student nurse at Albany Hospital, Eris met a Turkish surgical intern who told her fascinating stories about the history of Turkey, the loss of the Ottoman Empire, and forced population exchanges.

After they married and moved to Buffalo, Eris worked as a nurse at Children’s Hospital and at Roswell Park Cancer Institute. During the time she took time off to raise five children, she amassed a collection of rejection letters for her short stories. Later, Eris returned to school and earned her master’s degree in Psychiatric Nursing at the University at Buffalo. While teaching psychiatric nursing at the University, she wrote a textbook for psychiatric nurse practitioners—a wonderful, rewarding but never to be repeated experience.

Now, Eris writes novels, usually international, contemporary romances. Her interest in history and her experience in psychiatry often play a part in her stories. She is a member of the Romance Writers of America and the Western New York Romance Writers. In addition to writing, Eris’ interests include: Prevention of Psychiatric Disorders; Eradicating Honor Killings, supporting the Crossroads Springs Orphanage in Kenya for children orphaned by AIDS, and learning more about Turkey, Cyprus, and Kurdistan.

Posted by KrissyGirl at 2:00 AM